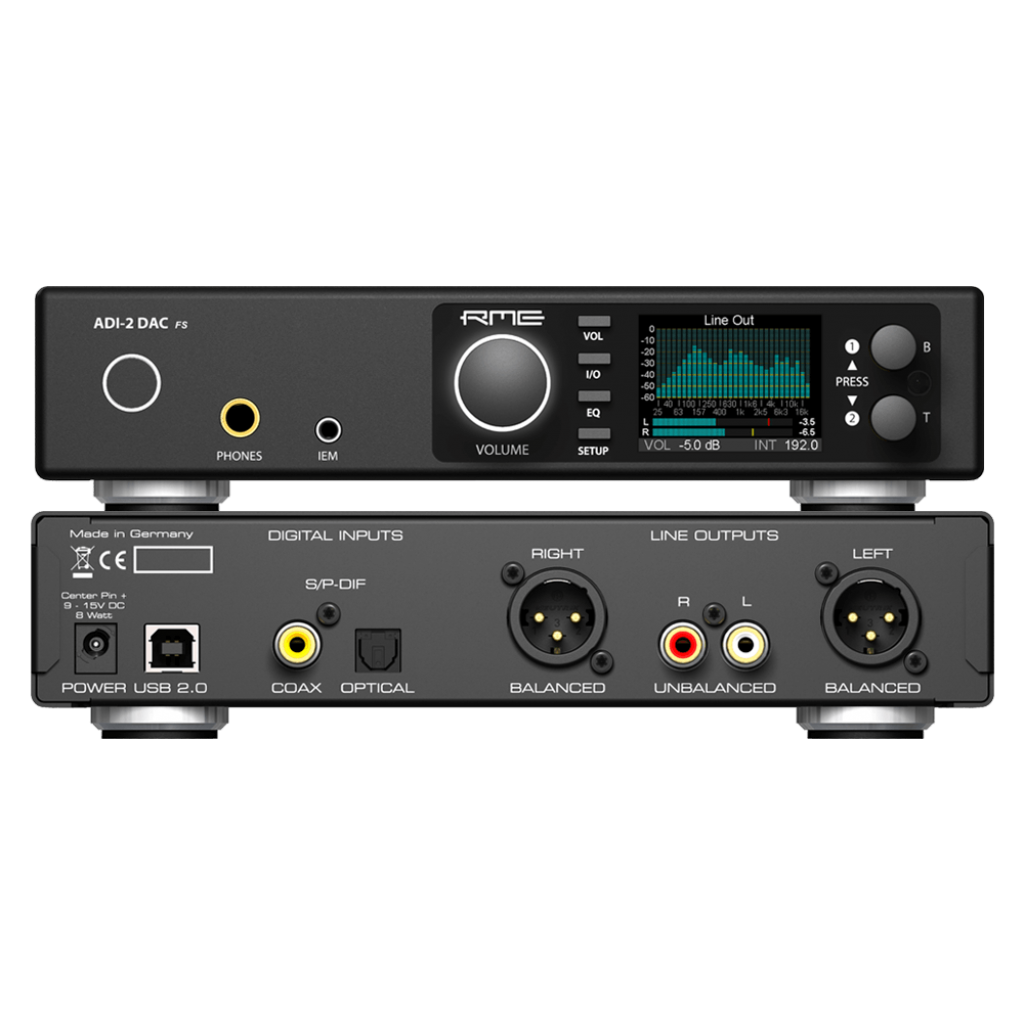 digital level. The sensational -118 dBu, which resulted in complete freedom from noise at the IEM output,

On top there is now an additional headroom of 2.5 dB for the analog outputs XLR, RCA and IEM, which

While the basic features and functions of the ADI-2 DAC remain unchanged, the device comes with an

The remote control is an extended version of the previous one, with additional buttons designed for the

In addition, there are keys for direct control of bass, treble and balance.

With these additional keys, all typically used functions of the device are now directly accessible.

The four programmable buttons 1 through 4, a unique feature already of the original remote, can

still be programmed with a personal selection of 32 commands/actions.